RNA expression analyses have been extensively used in biomedical research by methods such as fluorescence in situ hybridization (FISH), qRT-PCR, and microarray, and recently have been carried out on the entire transcriptome with the advent of next-generation sequencing via RNA-seq. Whole transcriptome analysis of single cells, however, has been hindered by poor detectability of low copy transcripts and amplification noise that distorts measurements of expression levels.

Our group recently developed MALBAC to uniformly amplify the genome of a single cell, and now we have adapted this principle of quasi-linear amplification to amplify and sequence the transcriptomes of single cells. This has allowed us to reproducibly detect and quantify low copy transcripts. As one of the first applications, we have applied MALBAC RNA amplification to study single cells from three germ layers from the early gastrulation stage of mouse embryos. Cells from each germ layer cluster together, marker genes show the expected expression patterns, and we are able to identify previously uncharacterized genes that are differentially expressed and of interest for future studies. 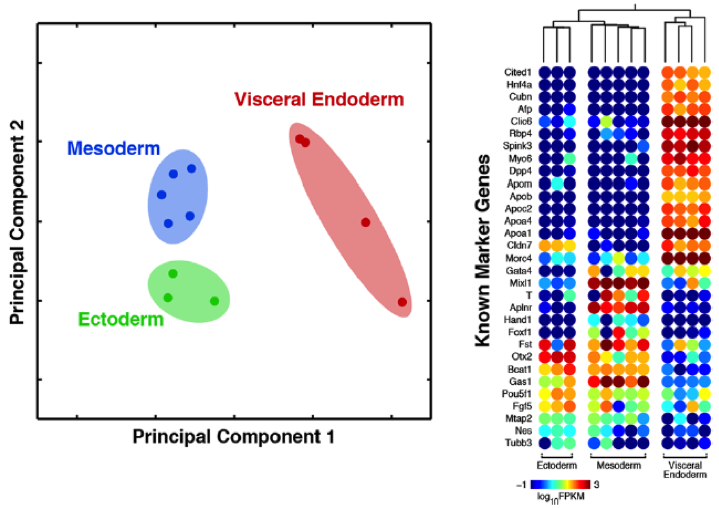